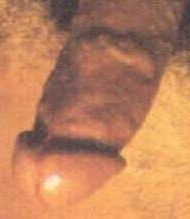 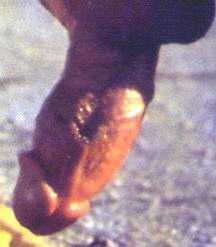 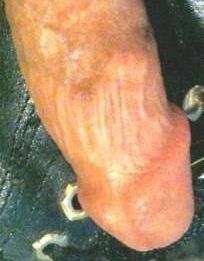 This was in a photoset called
"Body Beautiful".
The doctor has excavated the sulcus
and created a partial skin-bridge
- probably without ever knowing what he did. 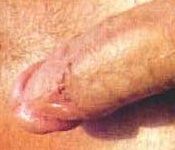 This example was in a series entitled
"Everybody's All-American"
- a scar-spangled banner, perhaps? 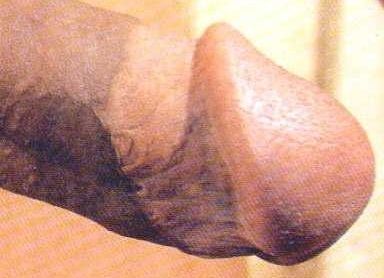 As well as the uneven scarring, this man's penis shows suture-holes. 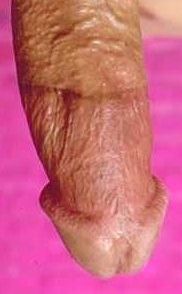 These men have had their frenula completely removed.

These notches were probably inflicted on the glans in a freehand circumcision.

One possibility here is that a Gomco clamp was used with the wrong-sized bell,
and when the doctor cut the skin, s/he cut around under the bell and cut the head as well.

This glans has been damaged when the frenulum was removed.


Back to the Intactivism index page.

If any pictures are on this non-profit, educational site in breach of your copyright, please notify me and they will be removed.